For the second year, MOMENTUM, a free three-day festival of music and art in downtown Toledo welcomed thousands of guests to the revitalized waterfront along the Maumee River. The festival celebrates the catalytic change brought by the arts. The goal is to support local artists and musicians while encouraging international performers and exhibitors to come to Toledo.

In 2017, the inaugural Momentum festival featured dynamic, interactive programming that brought over 17,000 attendees to the newly reopened Promenade Park in downtown Toledo.

The 2018 Momentum festival took place September 13-15th. This year, the festival expanded to showcase the first Toledo Mini Maker Faire; temporary large scale art installations including Fantastic Planet by Parer Studio and the Compound Camera by Pneuhaus; and the pilot year of a new creative opportunity for glass artists and designers interested in exploring the rich history and knowledge base of Toledo’s glass industry. Orquesta Akokán, a big band collective of the finest Cuban musicians both young and old highlighted the Friday night festivities, and the Toledo Symphony Orchestra performed Tan Dun's "Water Concerto" on Saturday with the Maumee River as a backdrop. 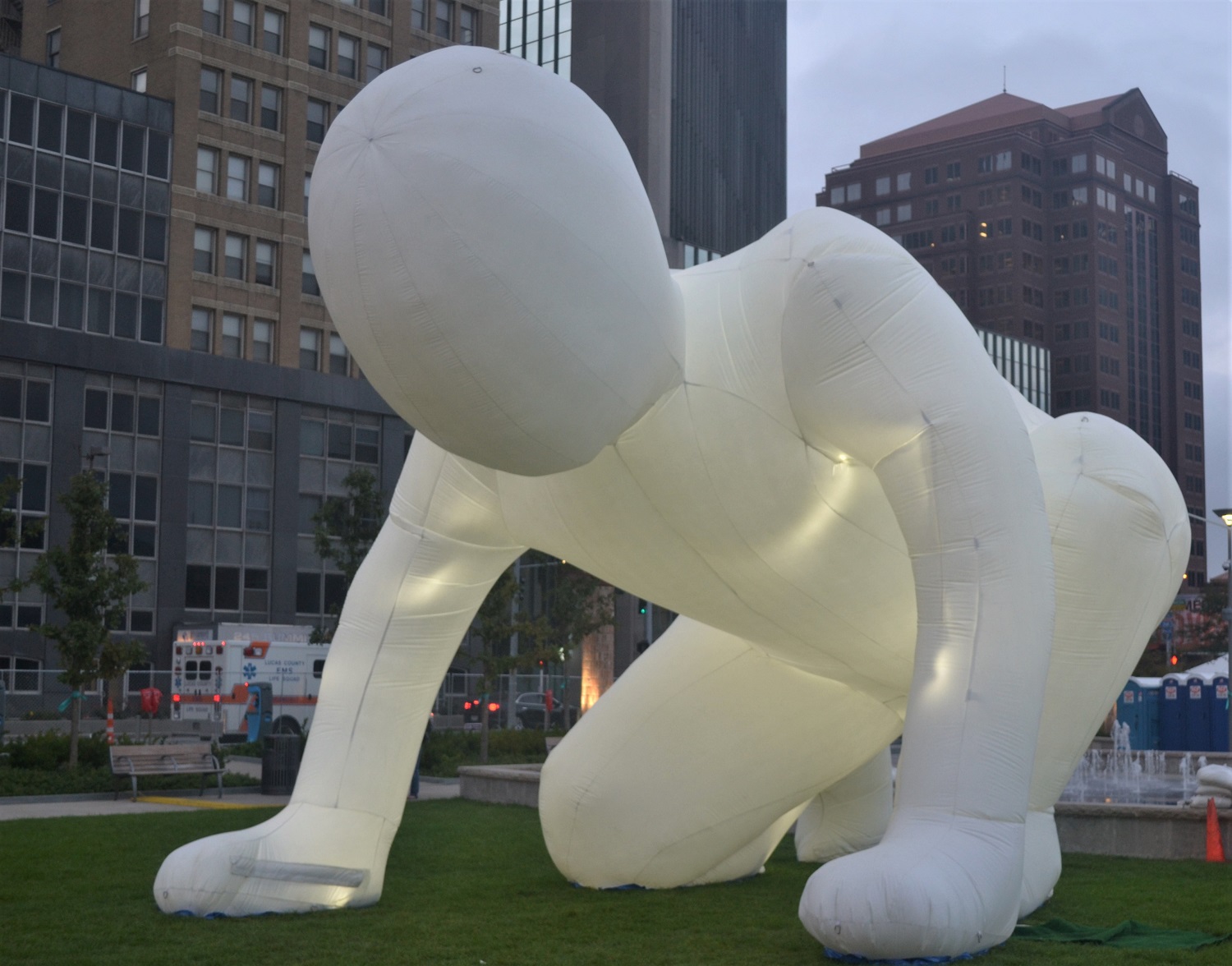 One of three glowing, towering installations of Fantastic Planet by Parer Studio