Local Leaders Recognized at 20 UNDER 40 Ceremony 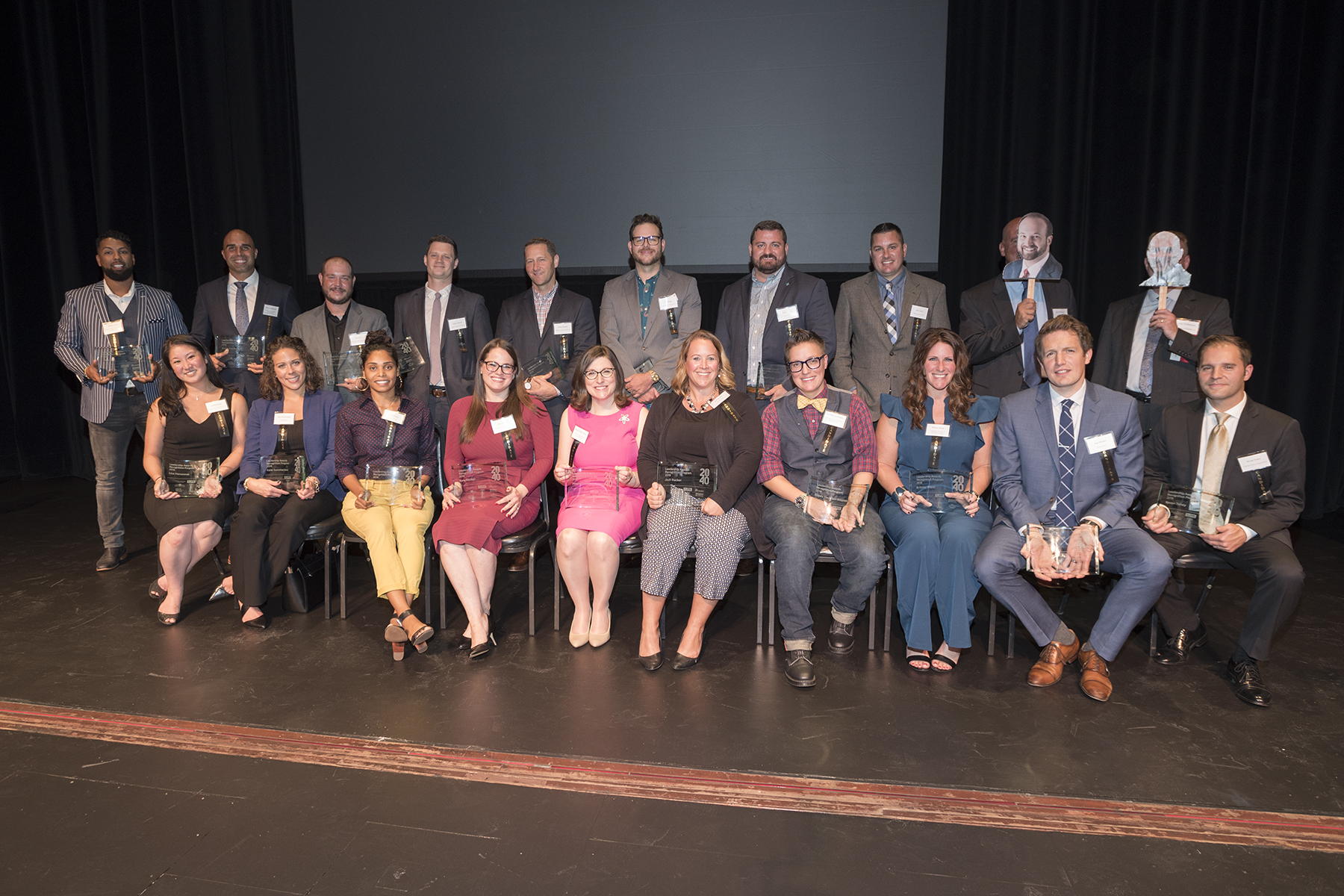 Celebrating the 23rd year of the 20 Under 40 Leadership Recognition Awards program, sponsors recognized 20 young leaders who joined the 440 previous recipients bringing the total to 460 awardees.  This year’s recipients were selected from a record number of 255 candidates and announced at the September 24th awards ceremony at the Valentine Theatre.

An independent panel of judges selects the 20 candidates for recognition. The 20 Under 40 program focuses on the accomplishments of individuals under the age of 40 who have distinguished themselves in their career and/or as a volunteer in the community. It is intended that the program will further motivate young leaders in our area. Award recipients are not announced in advance of the program.

“Each year 20 Under 40 receives hundreds of nominations for individuals whose abilities and achievements are worthy of recognition and this year exceeded all past years in numbers of nominations.  While only 20 can be selected, all candidates are to be celebrated because someone recognized their accomplishments and chose to nominate them,” said Bob LaClair, Regional President, Fifth Third Bank, Northwestern Ohio, and a long-time sponsor of the event. “As sponsors, we are encouraged by the volume of candidates, their accomplishments and the continued success of our alumni,” he added.

Individuals are nominated via an on-line nomination form and then required to fill out a candidate profile form. Nominees who were under 40 through June 30 became candidates by completing the on-line profile which was then reviewed by the judges.