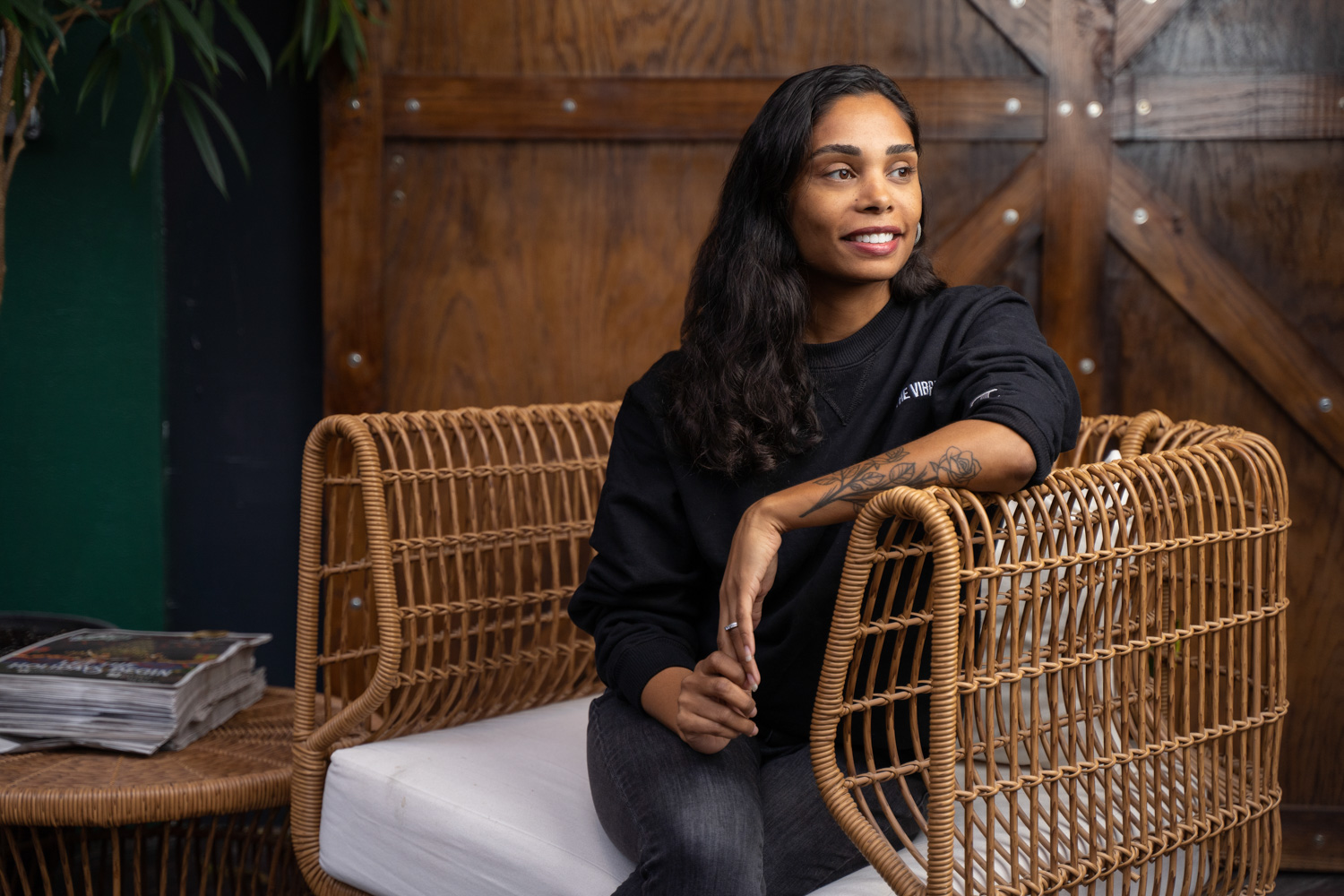 Angela Lucas creates a home for creators at TolHouse

“I do these interviews and I’m like, what are they gonna even put in there?” says Angela Lucas. “I’m not that interesting, so if you got something you could use in there, good.”

Lucas says this as she sits in Earth, the coffee shop in TolHouse, the social club built to bring together northwest Ohio’s creative minds, dreamers, educators and go-getters. Lucas and her husband, Will, founded TolHouse in mid-2021, though they’d had the idea for years.

Lucas served as Mayor Wade Kapszukiewicz’s finance manager during his campaign for mayor before becoming his executive assistant, where she stayed for two years. After her time in the public sector, Lucas became a business owner, founding Made With Purpose, Co. in 2019. Her goal is to empower women to find their purpose in order to lead the most fulfilling lives possible.

But throughout the journey, there was something brewing in the background. She and Will enjoy traveling, and were inspired by the Soho Houses they visited throughout the country. Will also founded and curates TEDxToledo. So, Lucas and Will thought, what would a year-round TEDxToledo look like in a space where creatives could gather? What would a Soho House look like here?

In December 2020, a building went up for sale in the Vistula Historic District. It was exactly what the Lucases were looking for: a large warehouse space that could be a blank canvas for whatever they – and TolHouse members – wanted. So, in the midst of a global pandemic, they went for it. TolHouse opened in September 2021, and Vistula turned out to be the perfect place for it.

“This whole street is just entrepreneurs who decided to do something with this block. This is the oldest neighborhood in Toledo: Vistula. And once upon a time, in its heyday, it was glorious and it was really prosperous in every way,” says Lucas. “You have Toledo Spirits with Andy Newby, you have Ambrea Mikolajczyk with (the) Wonder Bread (building). It’s just committed entrepreneurs who said, look, I’m going to invest in this city and make it what we want it to be.” 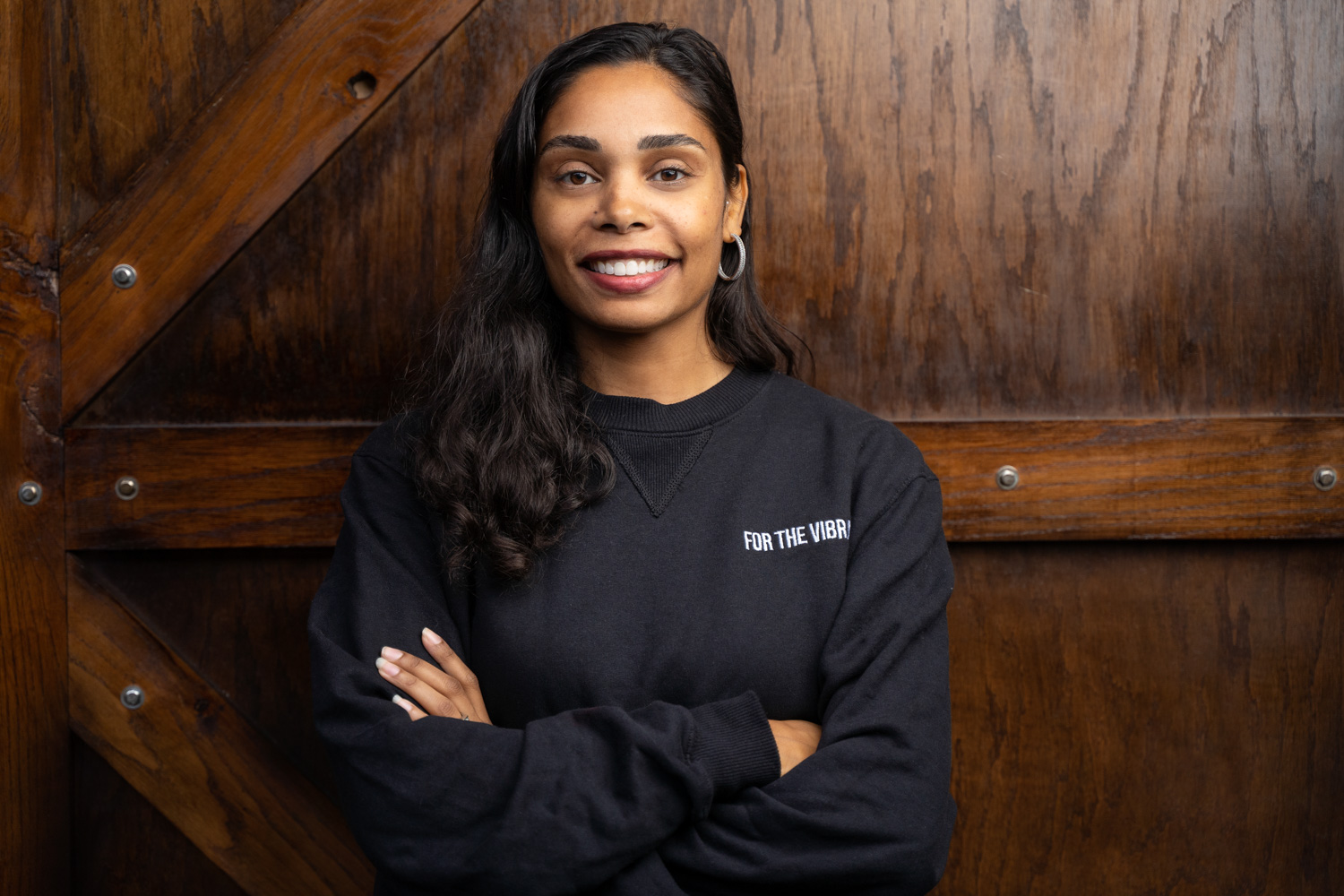 It wasn’t just Vistula that was the perfect location but northwest Ohio as a whole. Lucas, who was born and raised in east Toledo, says they never imagined starting this business anywhere else for one good reason: community.

“This is home. This is where our community is, our people, and the conversations we want to have and facilitate are with these people here,” Lucas says. “The young people will flee if they don’t have an outlet, if they don’t have a space where they can create and they can be inspired and they can serve. Because this isn’t just a place about getting value, it’s also a place about giving value. What can you add to the community?”

That community – the one that Lucas is building, creating and giving back to – has given her much, too. During the COVID-19 pandemic, she says, it was more important than ever.

“This city has really been so very good to us. It’s just, especially during the pandemic we realized, oh my goodness, we have such a strong community, could you imagine being somewhere and you didn’t have that?” Lucas says. “My mom passed away in 2020, and for three weeks, I opened my door and something was on my front porch. Every day for three weeks by a different person. I mean, that was overwhelming to me.”

TolHouse is a love letter to the city from the Lucases, and so far, the city’s residents have responded with love in return.

TolHouse is a marvel. Each room of the 25,000-square-foot club is designed with intention, its walls covered in murals by local artists like Terry Burton and Yusuf Abdul Lateef. In addition to the coffee shop Earth and its many rooms, including a library inspired by Lucas and Will’s daughter, who is a voracious reader, TolHouse is also home to a jazz club called Lucille’s and the future home of multiple bars to add to northwest Ohio’s night life.

For Lucas’ three children, Sophie, 11; Monroe, 8; and Olivia, 6, the opportunity to watch their parents throughout this endeavor is vital, Lucas says.

“Our kids get to see us building something,” Lucas says. “What they’re learning is going to be valuable for them, definitely, in the future. They won’t be bound by, ‘Oh, I don’t know if I can do that,’ ‘Oh, it’s too massive.’ They’re not going to be bound by that.”

But, Lucas says, they’re learning from the example others are setting, too. Here in the Toledo Region, creativity and the desire to build and grow is abundant.

“There’s so much opportunity for those who can see it – you have to be able to see it though,” she says. “You can have either one of two perspectives: everything’s dry land and there’s no opportunity here or, oh my gosh, it’s dry land, so let me build something here.”

But it’s not only about building a business. According to Lucas, a natural introvert (“Yes, I really am!” she says), northwest Ohio is full of friendly, warm people, and anyone can build a community and family here, too.

So, while Lucas might claim she’s “not that interesting,” she is pushing northwest Ohio into the future, making it a better place not just for future generations, but for her own generation, too. And along the way, she and Will are providing a space for people with the same vision for the Toledo Region.

“I believe that we have some of the most creative people in this city ever. Talented and just amazing,” Lucas says. “It doesn’t take stars to do something. It takes ordinary people doing something that they’re passionate about.”