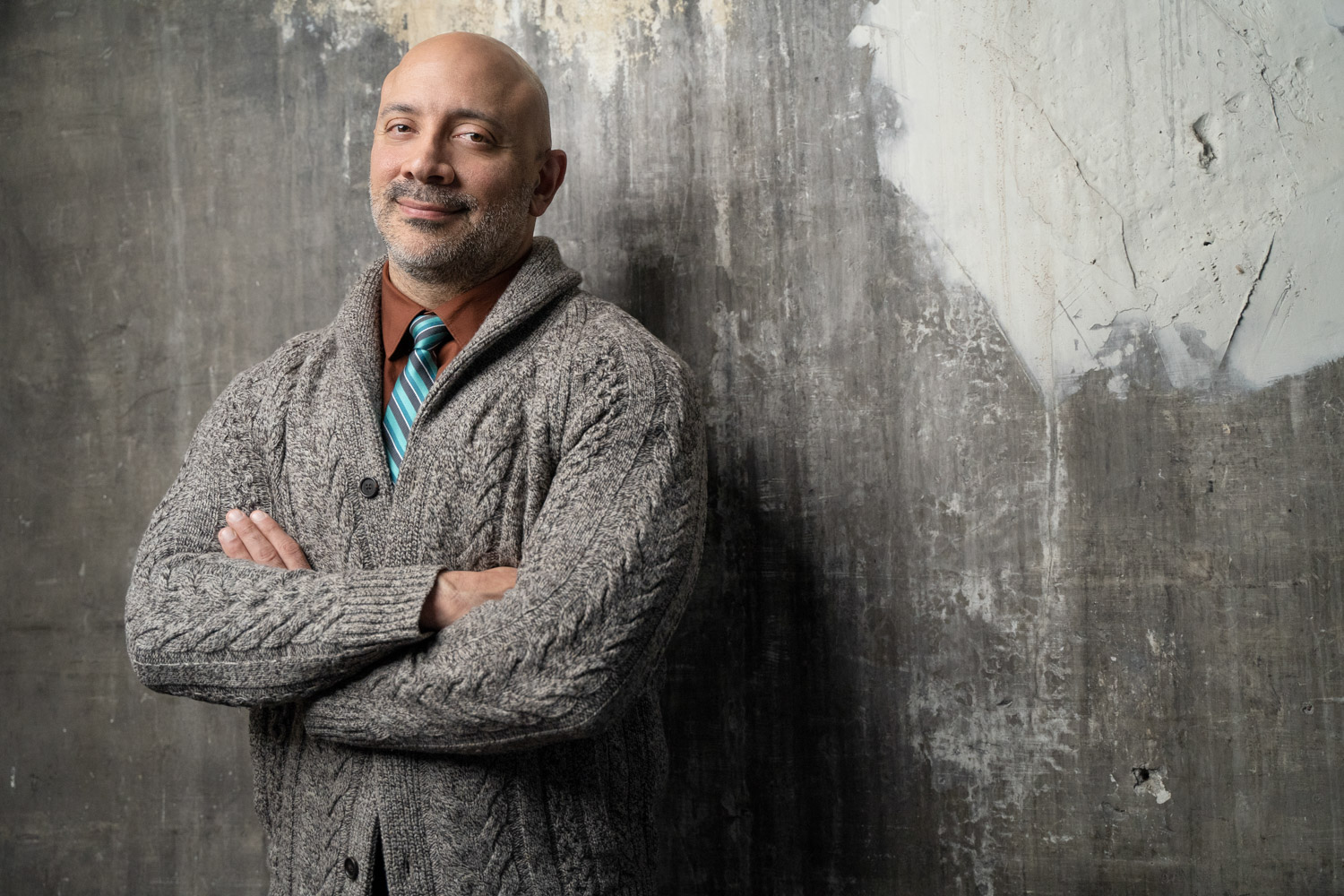 Tom Dimitrew isn’t interested in shallow conversations, inauthentic experiences or being a passive participant in life. He would much rather dig in where is he, make a true and measurable difference, and carve a better path for the people who will follow him.

He began as a psychology major at the University of Toledo, but the drive to incite change and find meaning would ultimately lead him to switch to a major in secondary education, English and journalism. He’s always seeking a deeper meaning, and jokes about slipping into “bizarre existential territory” in casual conversation. He warns that the more he talks about himself, “the weirder people are gonna think that I am.” But those qualities often coincide with being a teacher.

“One of the things that I thought was remarkable about teaching was you never really have a clear sense of what you do and the impact that it has on a kid,” Dimitrew says. “You learn years later that it might have been just a 90-second conversation you had with a kid after school that showed them that you saw them and liked them as a person and believed in them, and then you didn’t think anything more of it. And then 10, whatever, 15 years down the road, they check in on Facebook and say, ‘Oh my god, you were my favorite teacher and I became a teacher,’ and you’re like, ‘Are you serious?’ It’s so humbling.”

While Dimitrew loved his job as an English teacher at Rogers High School, he knew he had another calling, and could affect greater change at a higher level. So, he became an administrator, jumping from Rogers to different schools throughout the Toledo Region before ending up back at Rogers. Seeing his students from an administrative position, he says, was eye opening.

In 2011, however, his eyes were opened to an entirely new path that would lead him to where he is today. He was asked to take a temporary assignment as Director of Agriculture, Construction and Engineering and he was, in a word, apprehensive.

“I thought, ‘Hell no.’ I probably even told them that. I was like, I don’t have any idea what that is, I have no expertise in those areas. They were like, no, we really think you can do it,” he says. “That was my introduction to what is called Career Tech.”

Despite being a teacher on and off for a decade and actually working in a classroom down the hall from Career Tech, Dimitrew wasn’t familiar with it. In fact, as a student in the ’90s, Career Tech was like a four-letter word.

“That was a hallway you didn’t go down because there were burnout kids and troublemakers and so on,” Dimitrew says. 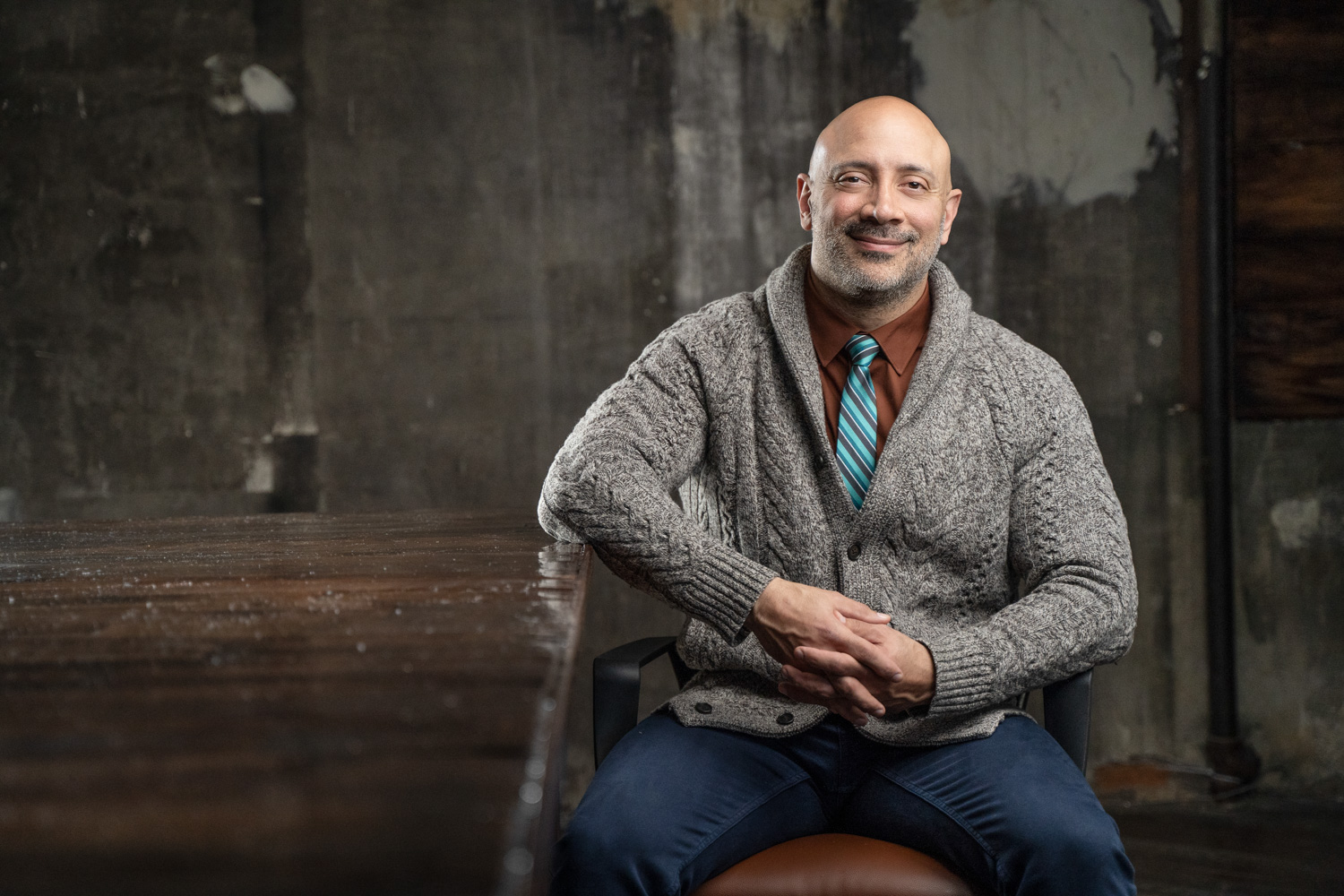 But when he experienced Toledo Public Schools’ Career Tech program firsthand, his perspective took a complete 180.

“I’d go out and see the animal science program at the natural science technology center, which I don’t think I’d ever been to before, and I was like, ‘What is this? This is sensational.’ And these kids, they’re really enjoying what they’re doing.”

Dimitrew says as he immersed himself in Career Tech, he watched students engage in career preparation that they actually liked. Construction academy students were visiting construction sites and learning from adults in the field. Agriculture, food and natural resources students had the chance to interact with nature and animals rather than sitting in a classroom and learning out of a textbook.

“This is how you can reach kids. Get these kids doing things that they want to do and then you can sneak attack the learning in there. Get them to learn despite themselves,” Dimitrew says. “I very quickly realized this is a massively untapped resource.”

While the message of Dead Poets Society is well and good, Dimitrew says, it’s not enough for so many students at Toledo Public Schools and districts like it around the country.

“I don’t want them to be able to enjoy Shakespeare and be broke,” he says. “The reality is that we need to put our kids in a position to have sufficient economic mobility to live the lives they want for themselves, so they’re not put into a situation where they have to make choices as a matter of survival.”

Today, Dimitrew is the Executive Director of Career Technology and Adult Education at Toledo Public Schools and works every day to help students bridge the gap between high school and a fulfilling career. Career Tech isn’t for the burnouts or the troublemakers, Dimitrew says; it’s a viable career path for students of all backgrounds. While college is a good fit for some, it’s not the end-all that so many young people are told it is, and many career fields do not require college to enter the workforce.

Dimitrew, who was born in Oregon, says his love of depth and connection comes from his late father, Tom, who cherished his northwest Ohio roots and cared about making his community better.

Being a catalyst for positive change, he says, is easy here in the Toledo Region.

Dimitrew is now part of the culture of northwest Ohio; he’s not just interested in change for the sake of it, but to understand and honor the history of the region as well. It’s a common thread among many Toledoans.

“There’s almost a greater sense of operating in a context of history or tradition. For example, I live in an old house in the Old West End, and I love to read on Toledo history. I love to see all the old Toledo Facebook posts, I’m obsessed with that stuff,” Dimitrew says. “I don’t have any interest in just sort of novel, superficial experiences. I need to identify with a place and its history and my role in it, and my ability to contribute to it.”

While Dimitrew is outgoing, personable and warm, he says he’s actually quite introverted. He talks endlessly about his vision for his students’ futures and how the promotion and widespread acceptance of Career Tech can skyrocket our country’s place in the world, but is less interested in discussing his personal life. An ideal weekend night might be spent at home listening to jazz with his two rescue pit bulls. Dimitrew is a musician, naming piano as his primary instrument. Physical fitness and working out are also important to him.

But soon the conversation steers back to his advocacy for career education. Dimitrew has a wide variety of hobbies and interests, but they are all connected by one common denominator: making life better in the region.

“If you’re somebody who is just here to enjoy yourself at the expense of everyone else, then I think that’s indicative of some sort of underlying malfunction, right?” Dimitrew says. “I think it should be incumbent on every human being to try to make a positive contribution.”