TOLEDO, Ohio – Northwest Ohio made a dramatic statement with its showing in the annual Site Selector Governor’s Cup awards.

Five cities within the 17-county Northwest Ohio footprint were ranked among the best nationally based on number of business development projects. Most notably was Findlay, which ranked No. 1 in the country among micropolitans – cities of 10,000-50,000 people.

Other regional “micros” to make the list included Fremont and Van Wert, which tied at #23 among the top 100 micropolitans and Tiffin which finished at #42. Among mid-size metro areas (populations between 200,000-1 million), the city of Toledo finished 7th nationally. 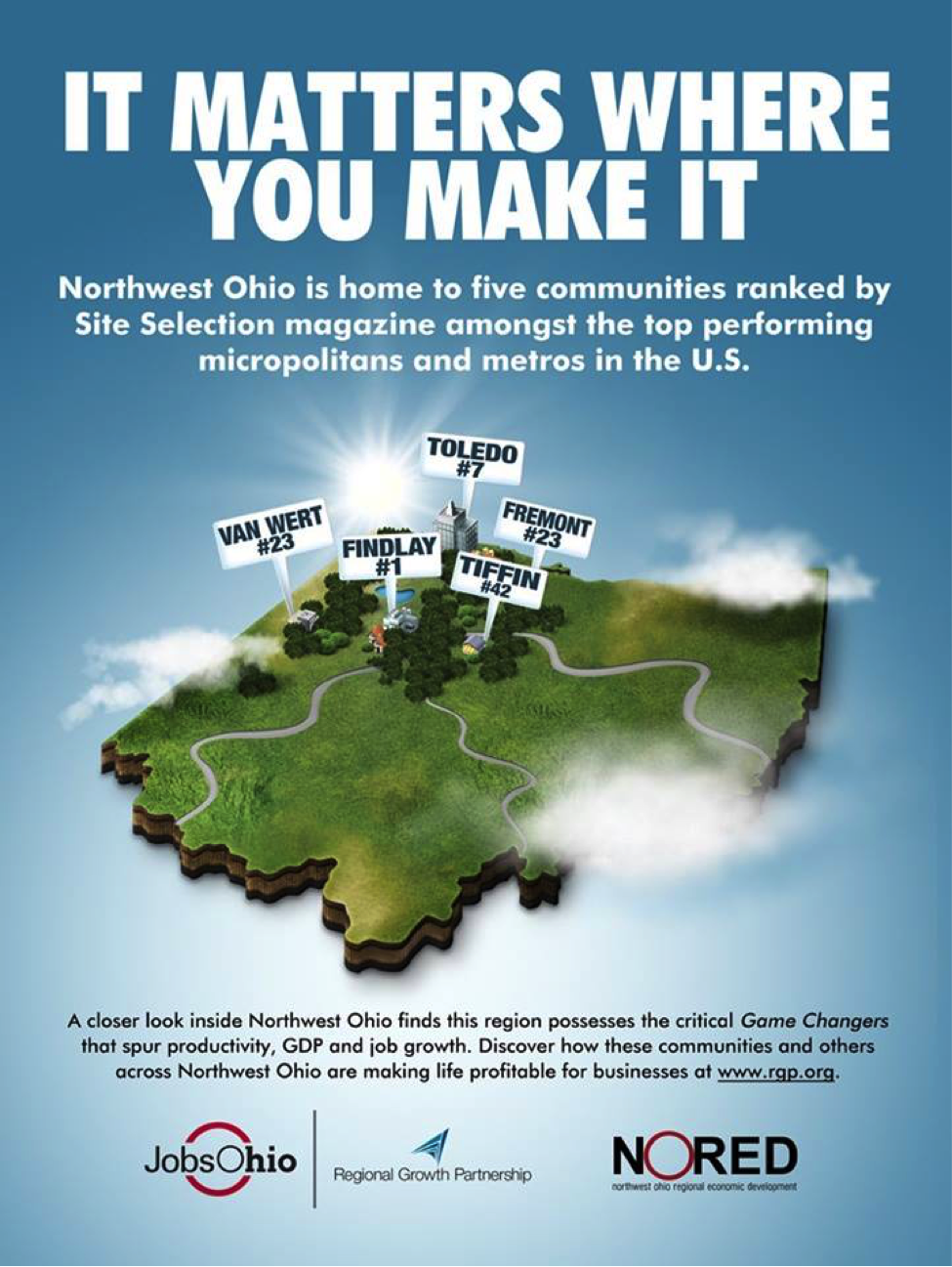